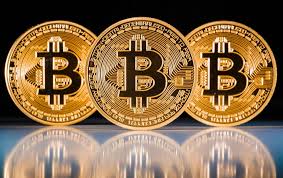 Since it was introduced over a decade ago, only about 30 of the world’s 196 countries have embraced and expressed a positive stance towards cryptocurrency usage in their economies.

While the United States of America, Australia, Canada, and the European Union (27 countries) have accepted its usage by working to prevent or reduce the use of digital currencies for illegal transactions, cryptocurrencies remain banned in China, Russia, Vietnam, Bolivia, Columbia, and Ecuador.

The Central Bank of Nigeria has repeatedly warned banks about cryptocurrency transactions.

The apex bank on Friday directed banks in the country to close all cryptocurrency-related accounts.

“Further to earlier regulatory directives on the subject, the Bank hereby wishes to remind regulated institutions that dealing in cryptocurrencies or facilitating payments for the cryptocurrency is prohibited,” the CBN said.

The directive has since generated concerns, especially on social media, with many young people expressing their fears about the clampdown and what it means for the future of the digital currency.

Aside from being the biggest crypto market on the African continent, in terms of trade volume, Nigeria is the second biggest bitcoin market in the world, after the United States. Nigerians are said to have traded about 60,200 bitcoins since 2015.

Before now, against the backdrop of the Nigerian government’s position against its adoption and growing popularity, big businesses have been quite reluctant to tap into the rapidly growing digital currency ecosystem, as many have refused to accept it as a means of exchange.

A report by Investopedia says the digital currency has also made its way to the U.S. derivatives markets.

The Bitcoin – the most popular cryptocurrency, alongside Ethereum (Ether) – is a digital currency that debuted in 2009.

Like other cryptocurrencies, Bitcoins are not issued, endorsed, or regulated by any central bank, but are rather created through a computer-generated process known as mining.

As such, it offers a convenient way to conduct cross-border transactions with no exchange rate fees and allows users to remain anonymous.

The currency is being traded on exchanges, and virtual currency-related ventures and Initial Coin Offerings (ICOs) draw interest from across the investment spectrum.

Bitcoins and other crypto-currencies are almost always designed to be free from government manipulation and control.

Is crypto legal or Illegal?
Due to its extreme volatility, the status of the digital currency is being debated across the world among tax authorities, enforcement agencies, and regulators. Of course, there are no uniform international laws that regulate its use.

Yet, as its popularity grows around the world, emerging and frontier economies are designing modules to accommodate its use—-or reject it outright.

The Treasury defined Bitcoin not as currency, but as a money services business (MSB), which places it under the Bank Secrecy Act, and requires exchanges and payment processors to adhere to certain responsibilities like reporting, registration, and record keeping. It is also categorised as property for taxation purposes by the Internal Revenue Service (IRS) of the country.

In Australia and Canada, Bitcoin is viewed as a commodity by the Canada Revenue Agency (CRA), and is seen as barter transactions.

The income generated through such trading is considered as business income, and taxation is a function of whether the individual has a buying-selling business or is only concerned with investing.

In China, Bitcoin is essentially banned. All banks and other financial institutions like payment processors are prohibited from transacting or dealing in Bitcoin, just as the government has cracked down on miners.

In Russia, Bitcoin is not regulated, and its use as payment for goods or services is illegal.

For Vietnam, Vietnam’s government and its state bank maintain that Bitcoin is not a legitimate payment method, and it is not regulated as an investment.

In Bolivia, Columbia, and Ecuador, Bitcoin use or investment and other cryptocurrencies are totally prohibited.

Aside from Bitcoin, there have been numerous cryptocurrencies introduced from different parts of the world. While many are struggling to break into the fast-growing market, others have failed.

While cryptocurrencies like Bitcoin and others have remained in existence for about a decade now, many countries are yet to have efficient and effective systems that restrict, regulate, or ban them.