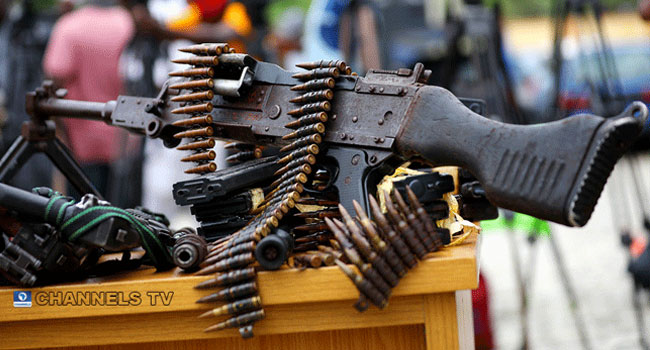 Students of Oviri Ogor Secondary School and youths from Oviri Ogor community in Ughelli North Local Government Area of Delta State defied all odds and rescued their kidnapped female teacher from her abductors.

Information gathered on Saturday revealed that the incident occurred on Thursday during afternoon school hours.

The teacher, said to be teaching Geography, reportedly fell into the waiting arms of her abductors at about 12 noon when she resumed for the afternoon session.

Sources said she was grabbed and bundled into her car and whisked away while some students who were looking thought they were watching a movie.

On coming back to their senses, the students, it was further gathered, swiftly mobilised others, raised the alarm and gave the abductors a hot chase.

“When we saw the two men, we initially thought that they were parents who had come to enrol their wards for the ongoing JSS 3 examination.

“We never knew that they were kidnappers. The students had to raise the alarm which attracted youths of the community and after a hot chase, they abandoned the teacher a few kilometres away from the school premises.

“Her Toyota Camry rear windscreen was destroyed and recovered, but her bag containing mobile phones and other items were taken away by the kidnappers,” a source narrated.

It was gathered that there had been several previous futile attempts on the teacher before the fateful day.

He was quoted as saying that the police had drafted its operatives to the community and the entire Ughelli North Local Government Area to ensure water-tight security.

He recalled that just a week ago, six suspected kidnappers were nabbed by vigilante group members and handed over to the police while further efforts were one to smoke out more criminals from the area.