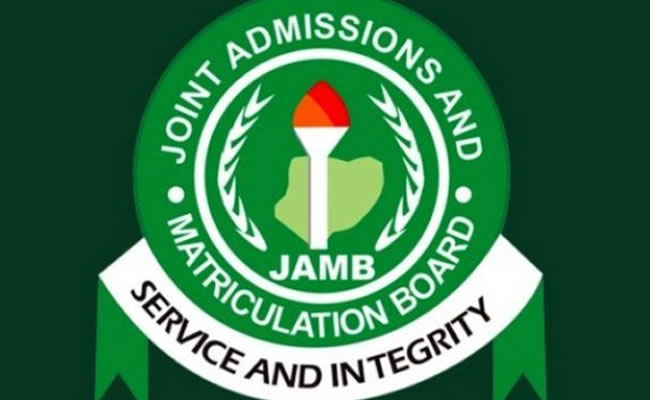 The Joint Admission and Matriculation Board (JAMB), on Friday, has said that, the proposed date for the conduct of the 2021 Unified Tertiary Matriculation Examination (UTME) may be shifted with the ongoing registration exercise for UTME Direct Entry (DE) extended.

JAMB Registrar, Professor Ishaq Oloyede, gave this indication during a virtual meeting with 2021 UTME committee members, on Friday, noting that over 600,000 prospective candidates who have indicated interest to participate in the 2021 UTME, have been unable to register because of challenges associated with National Identity Number (NIN) used for the registration.

Oloyede said the examination is likely to hold between June 5 and 19, disclosing so far, 1.1 million candidates have registered for the 2021 UTME, stating that the board anticipates approximately 1.9 million registrations at the end of the exercise.

He noted that even though 50 per cent of candidates have already registered without problem, there was the need to carry everyone along, adding that after meeting with stakeholders, they will decide on whether to shift the exam forward or not.

“The possibility of shifting the exam forward is still high, but that will be determined after our meeting with stakeholders. This is because about 6000 candidates who have indicated an interest in the exam are yet to register. There is a need to give everyone the opportunity,” he said.

While apologising for the new initiatives introduced in the 2021 UTME, Prof Oloyede explained that it was not to punish candidates but to rather exposed candidates in the habit of indulging in various forms of malpractices.

While calling on candidates to take note of the process, he added that the essence was to dictate any disparity in the process.

He said “we apologise for putting you through some hardship in the registration. The government directed that anyone participating in JAMB must have their NIN. This is beyond our control. Those who are yet to register should do so.

“The MOCK exam is bill to come up on Thursday. It is an exam meant to test out capability. As you all know, the main exam is coming up on June 5 and 19 2021.

“We are meeting with stakeholders today to discuss the issues and on whether we will shift the exam date forward or not. We will brief the media on the outcome of the meeting tomorrow.

“Shifting the exam date is not the solution, at the meeting we will discuss how some of the problems encountered by candidates would be resolved. It is important that we carry everyone along,” he added.

He further disclosed that JAMB has secured about 802 exam centres across the country and 104 centres in towns adding that Lagos state alone has 4 centres.

The NIN, which is a unique number that identifies individuals, is issued by the country’s National Identity Management Commission (NIMC) upon enrolment.