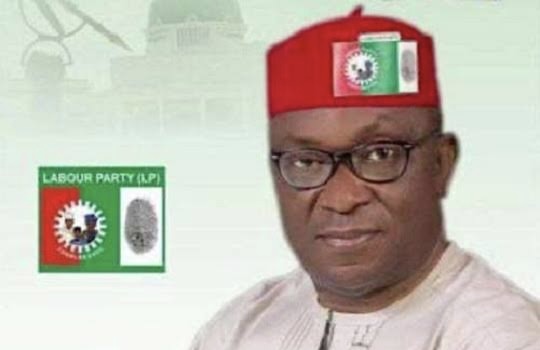 The Ebonyi State Police Command has arraigned the Senatorial Candidate of the Labour Party for Ebonyi South in the 2023 general elections, Linus Okorie, for alleged incitement and advance fee fraud preferred against him.

Okorie represented Ebonyi South comprising Onicha, Ohaozara and Ivo Federal Constituency in the House Of Representatives between 2007 and 2015 under the platform of the Peoples Democratic Party (PDP).

Speaking after Okorie’s arraignment before Justice Linda Ogodo of the Abakaliki Customary Court 1 on Tuesday, the lead counsel for the accused, Nomeh Chikodili said the arraignment of his client is an abuse of court process.

He said there is a subsisting judgement by a Federal High Court in Abuja baring the police and the state government from arresting and prosecuting Okorie.

Okorie was reported to have been kidnapped Sunday by men of state-owned security outfit Ebube-Agu which the police denied and said he was duly arrested for prosecution.