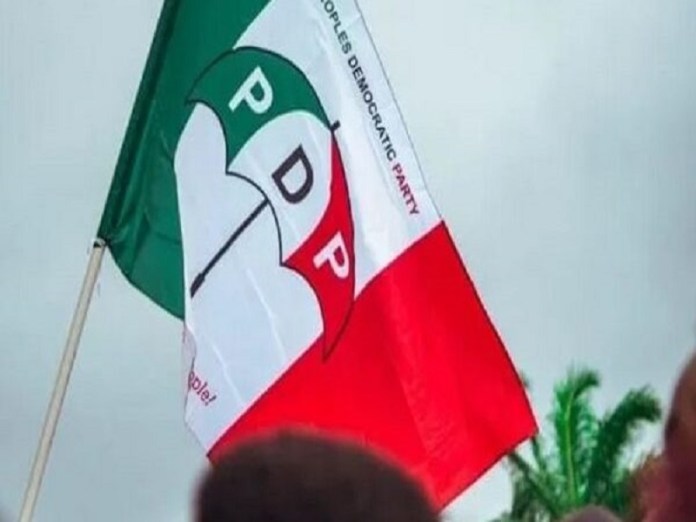 The People’s Democratic Party, PDP, has approached the Federal High Court in Abuja, praying it to nullify the nomination of Governor Babajide Sanwo-Olu of Lagos State as gubernatorial candidate of the All Progressives Congress, APC, for the 2023 elections.

PDP, in its suit marked FHC/ABJ/CS/1972/22, equally applied for an order, invalidating the nomination of 40 Lagos State House of Assembly candidates over the late submission of their nomination forms to the Independent National Electoral Commission, INEC.

The plaintiff maintained that Sections 29 and 30(1) of the Electoral Act, 2022, made it mandatory for political parties, including the 2nd defendant (APC), to submit nomination forms of candidates it intend to sponsor for elections, to the 1st defendant (INEC), not later than 180 days to the conduct of the election.

PDP told the court that APC failed to submit the nomination list containing names of governor Sanwo-Olu and the 40 House of Assembly candidates, within the statutorily approved timeline.

Consequently, it is praying the court for a declaration that the 2nd to 43rd defendants stand disqualified for failing to submit the nomination forms of the 3rd -43rd defendants to the 1st defendant not later than 180 days to the elections into the office of the governor of Lagos state and member of the state house of assembly of Lagos state scheduled to hold on March 11th 2023.

PDP further wants a “declaration that the APC, is not entitled to participate and field a candidate to contest the governorship and state house of assembly elections of Lagos state having contravened the revered and mandatory provisions of Section 29 and 300) of the Electoral Act.”

“An order setting aside or nullifying forthwith the purported sponsorship and/or nomination of the 3rd-43rd defendants by the 2nd defendant (APC) to the 1st defendant (INEC) in respect of the forthcoming governorship and state house of assembly elections in Lagos state”.

“An order of injunction restraining the 1st defendant either by herself, agents, privies, surrogates or any other person(s) whosoever from according recognition to the 2nd — 43rd Defendants or in any manner whatsoever featuring or parading the 2nd— 43rd Defendants as a political party and candidate respectively in the forthcoming governorship and state house of assembly.”